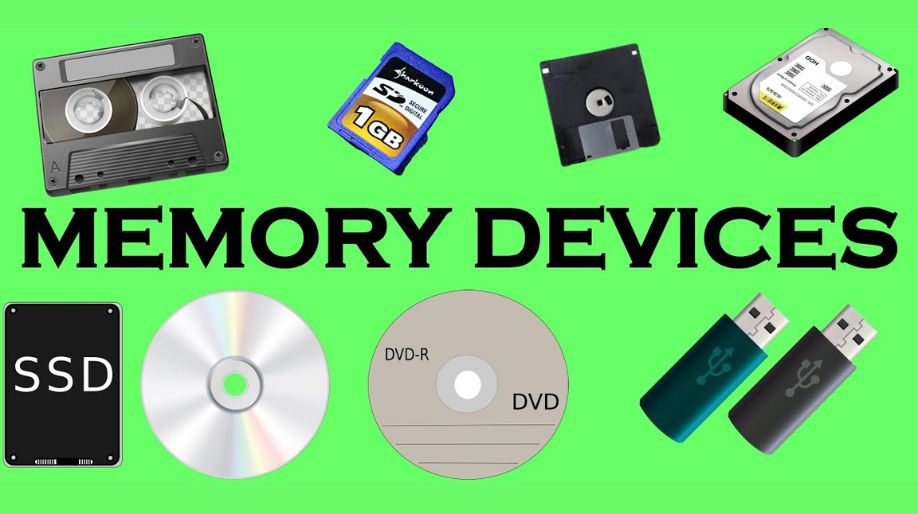 Memory and Storage Devices are an important part of the functioning of a computer.

With respect to class 7 Memory and Storage Devices, based on the speed, size of the storage, and cost, it’s divided into hierarchies.

Let us see those hierarchies

With respect to class 7 computer lessons, primary Memory is the memory which is directly accessible by the Central Processing Unit (C.P.U).

Primary memory is commonly referred to as “main memory" or simply “memory".

Primary Memory is volatile in nature i.e., they data stored in these are deleted as soon as the computer is turned off.

Unlike RAM, Secondary Memory is not volatile i.e., the information stored in the secondary memory is stored for a long period of time.

With respect to class 7 computer lessons, the devices that are used as Secondary Memory are called secondary storage devices.

Secondary Devices are much slower than the Primary Storage Devices.

These are not directly accessible by the C.P.U, to access the secondary memory devices different input/output channels are used.

Below is the example of some of the secondary storage devices. 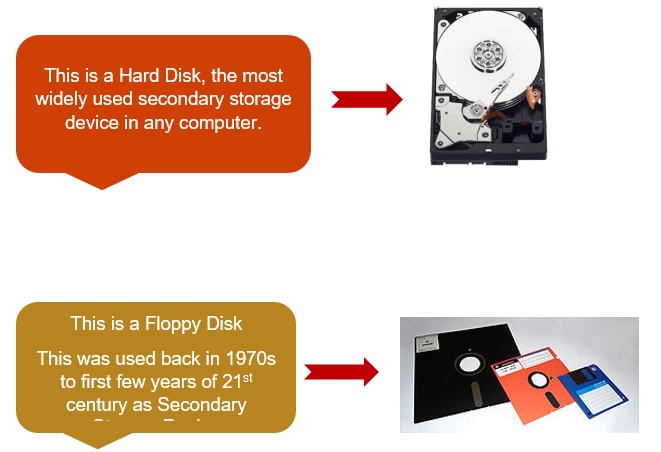 Tertiary Memory with respect to class 7 Memory and Storage Devices

With respect to class 7 computer lessons, tertiary memory involves a robotic mechanism which will mount and dismount the removable mass storage media according to the system’s demand.

This is slower than both primary memory and secondary memory. This is used to store the least frequently used data.

Let us see some examples of tertiary storage devices.

The storage technologies are differentiated by the following characteristics: 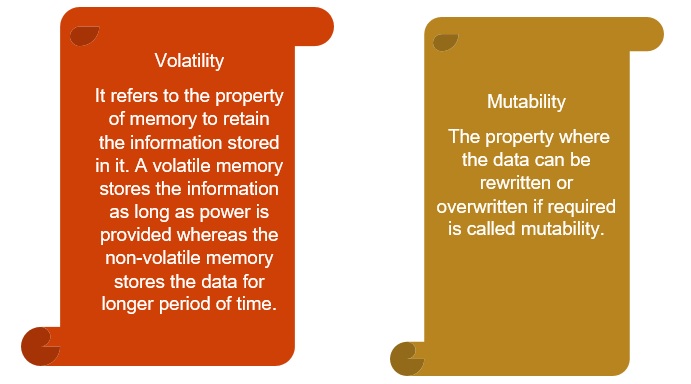 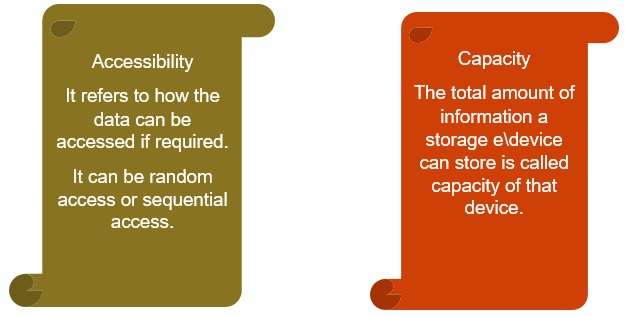 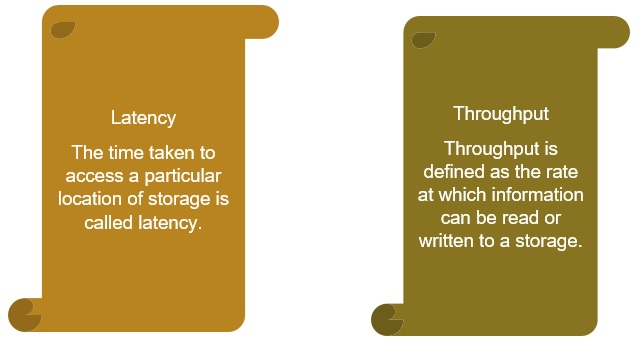 Ans: Since, any memory addresses or memory location can be accessed directly. Hence it is called Random Access.

Ans: RAM needs electricity to retain the information stored in the memory, once the electric supply is cut off or the computer is switched off the ram loses all the information.

Recap with respect to class 7 Memory and Storage Devices

Quiz for Memory and Storage Devices

Other Chapters of Class 7