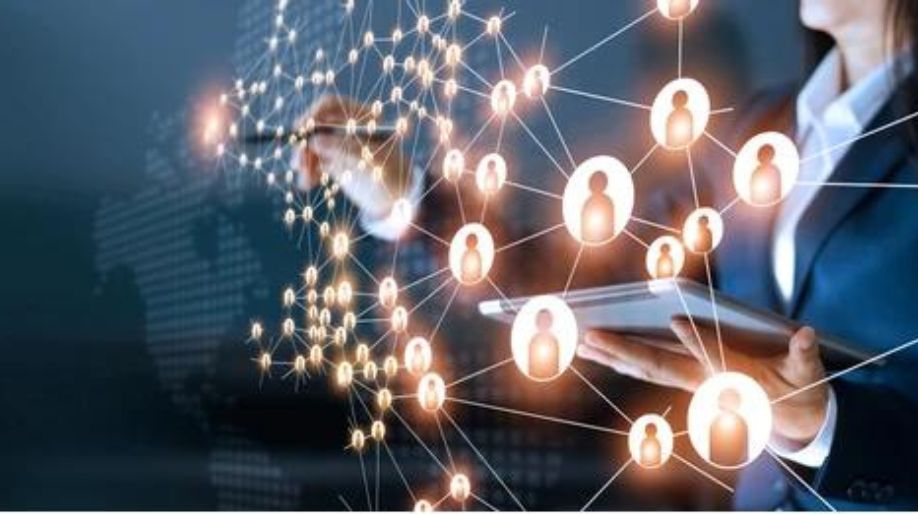 Each of the devices on the network can be thought of as a node; each node has a unique address, which is a numeric quantity.

There are two principle kinds of networks

Ethernet LANs – It is a broadcast communication based on a bus topology.
Token ring LANs – This is based on a ring topology.

FDDI LANs – It works based on the token ring mechanism where two rings flow in the opposite directions and use optical fiber. 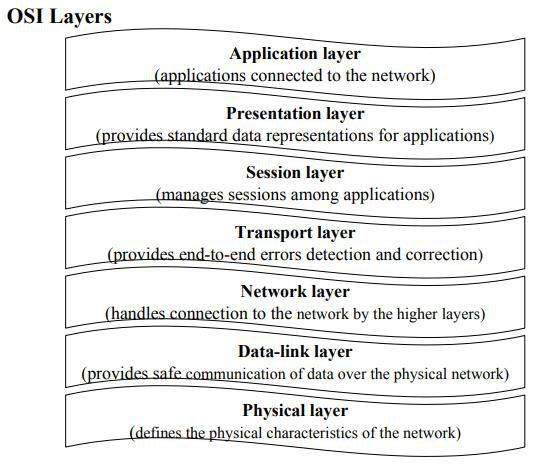 Consists of only 4 layers they are: 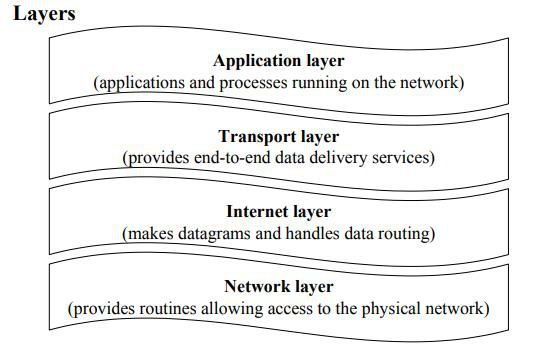 Internet protocol has main two functions, such as

→ It decomposes the initial information flow into packets of standardized size and then reassembles at the destination.

→ It also routes a packet through networks, from the source to the destination which is identified by its IP address.

→ Also the transmitted packets are not guaranteed to be delivered (datagram protocol).

→ Each datagram will have a header including IP address and port number of the destination.

→ Datagrams are then sent to selected gateways

→ E.g. IP routers, connected at the same time to the local network and to an IP service provider network.

Structure of an IP packet –

→ TCP guarantees safe delivery, error detection, safe data transmission and assures that data is received in the correct order with help of IP.

→ It also requires that the computers communicating establish a connection (connection-oriented protocol) before sending the data. 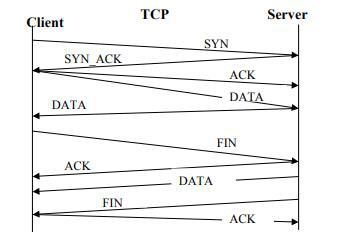 → Datagram protocols are built on top of IP which is useful for sending small size data.

→ It has the same packet-size limit (64Kb) as IP but allows for port number specification.

→ It provides 65,536 different ports and every machine has two sets of 65,536 ports which are specified one for TCP and the other for UDP.

→ Without any further verification, it provides support only for data transmission from one end to the other.

There are two principle kinds of networks

Consists of only 4 layers they are:

Structure of an IP packet